Timmy Hansen from Peugeot World Rallycross team was the best at Nitro Rallycross event during Nitro World Games in Utah. The Swedish driver was the best on the 1st day of racing. Thanks to that he missed the Sunday preliminaries. He returned to the competition in the Saunday’s semi-final against Scott Speed, and Chris Atkinson. His rivals haven’t much chance – young Hansen achieved the best time and secured a pole position in the final.

Foust, Arpin, Block and Sandell, Ektrom, Pastrana started to fight for the second semi-final. A small number of drivers in individual races did not reduce the effectiveness of the competition. The Nitro Rallycross track was really demanding! High jumps, sharp turns, uneven surface. We have not seen so many contacts between cars for a long time! It looked as though Hansen would have missed his chance of his first major win in over two years at the start of the final when he was shuffled back after getting sideways at the first turn. He made contact with Scott Speed, allowing Ekstrom to sneak into the lead. 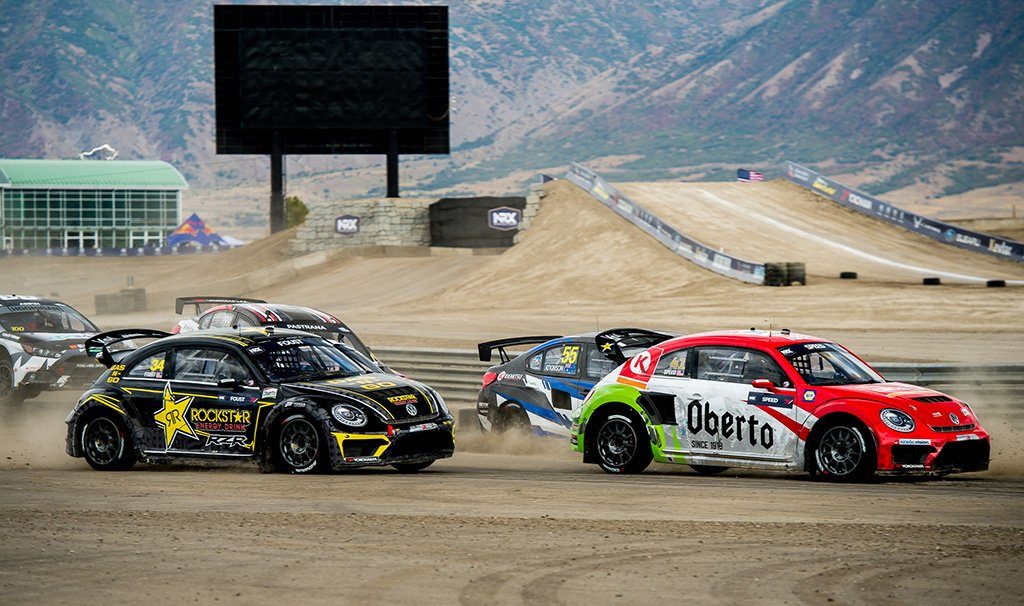 Hansen went well out of trouble and stayed in second position at the end of the 2nd lap. Then there was an opportunity to fight for the first place. The driver had to focus on perfect drive without mistakes and entered joker lap on 3rd lap. Each subsequent lap resulted in a reduction of the time loss, however, Ekstrom did not give rivals the opportunity to overtake him. Everything changed during the last lap. The driver of the Audi S1 entered the joker lap, Hansen took the opportunity. Eventually, Ekstrom lost 2.5 seconds to the winner. The third at the finishing line was Tanner Foust (Volkswagen Beetle) who conscientiously made up for losses with each lap. 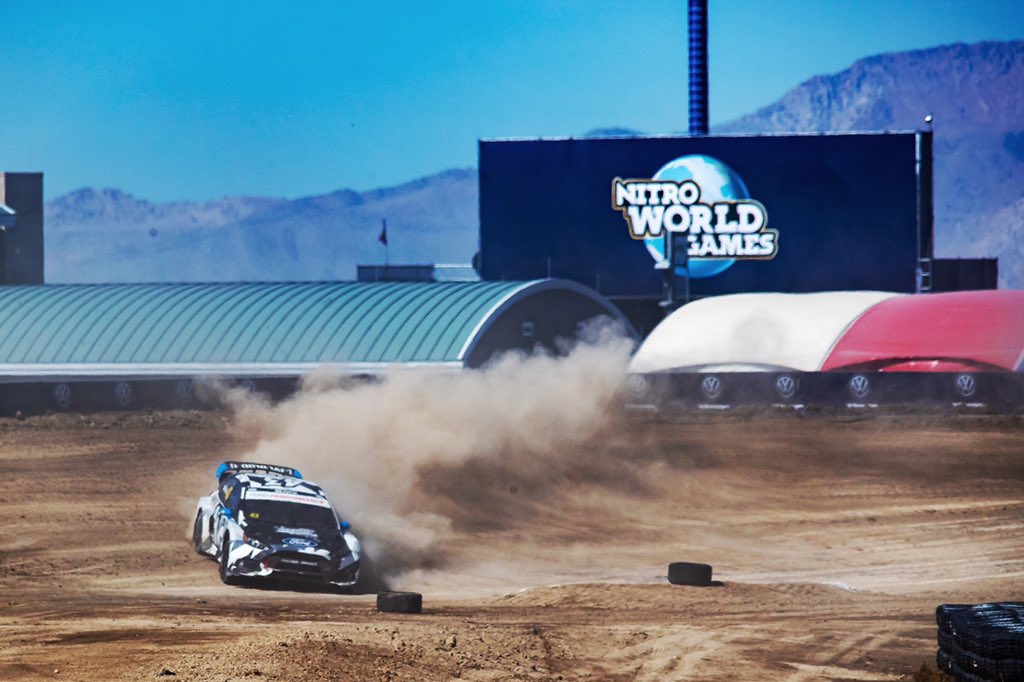 Steve Arpin was classifed fourth, and was the final finisher in the eight car field. Patrik Sandell was scored in fifth place. He battled with Arpin at the rear of the field for much of the race but dropped out of contention late on. Top qualifier Chris Atkinson made a strong start and looked set to mount a strong challenge for the podium, but the opening lap melee led to him losing a tyre. He pulled off the course on just the second lap. Another strong bet for the win whose race ended early was Scott Speed. After being collected by hansen at the first turn, he was hit from behind by Travis Pastrana in an incident that took both out of the race on the opening lap. They were classified in seventh and eight respectively. Ken Block didn’t take part in the Sunday races due to a serious suspension failure in the car. Mechanics have failed to repair the car. The driver did not want to risk high jumps and watched the struggles from the stands. 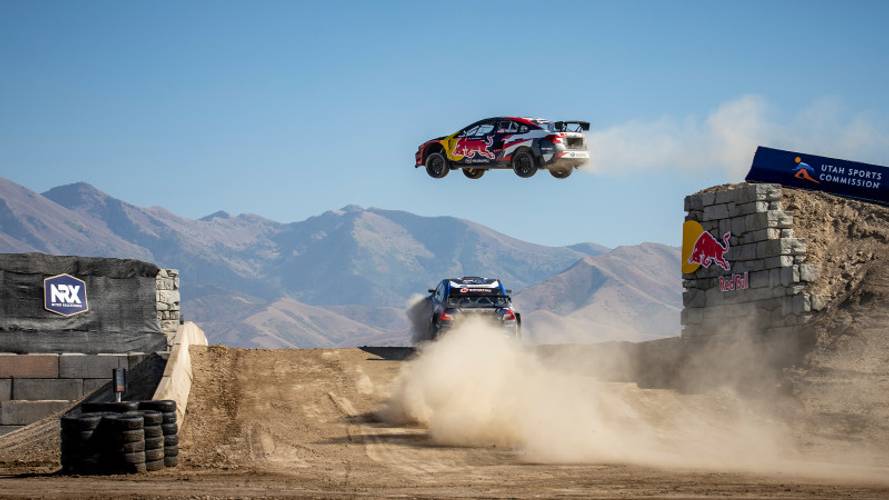