Tanner Foust became the new Americas Rallycross (ARX) Championship leader after a thrilling victory in the ARX of Austin at Circuit of The Americas in Austin, Texas on Saturday afternoon. Scott Speed can’t finish the ARX season due to a back injury. The Subaru Rally Team USA has decided to cooperate with Andreas Bakkerud and Joni Wiman. Despite world-class drivers, Tanner Foust reached for victory. 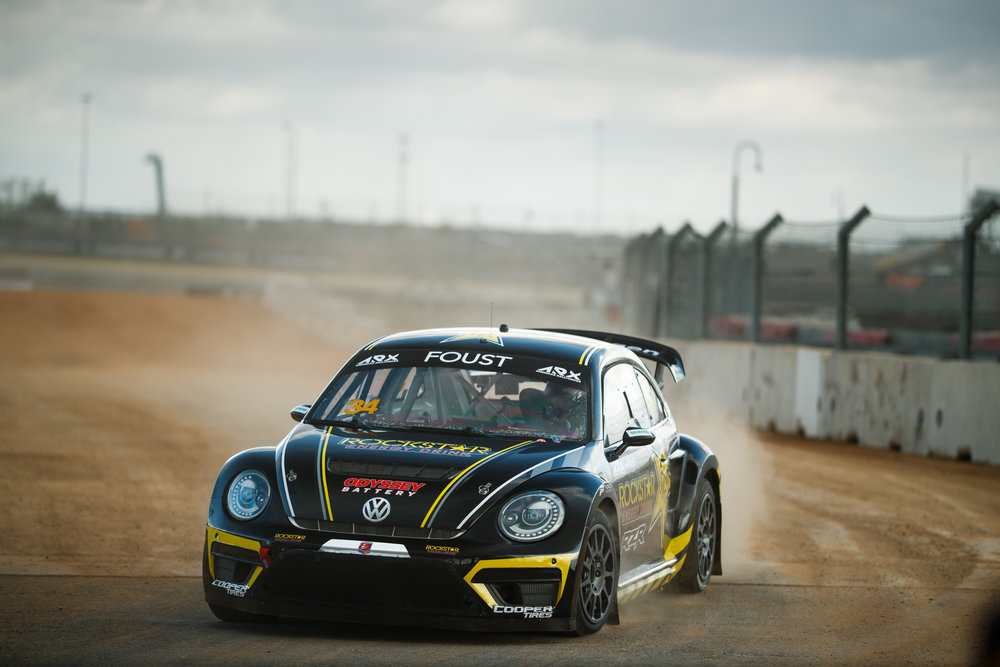 Hot finale: Bakkerud with penalty, Foust in the lead

The four-time ARX race winner started on pole position for the six-lap Final in the No. 34 Rockstar Energy Drink Volkswagen Beetle R after being the top qualifier in the Intermediate Classification and finishing first in semi-final one. In the final, Foust took the hole shot going into the first corner, but Subaru Motorsports USA’s Andreas Bakkerud was on a charge, first making contact with Cabot Bigham and then moving past Foust in an aggressive fashion.

For the next two laps, Foust pressured Bakkerud’s No.13 Subaru WRX STI and eventually passed the Norwegian FIA World Rallycross Championship star into the first turn of Lap 3. Bakkerud fought back in Turn 2, but Foust held onto the lead and stormed to his second win of the season. Bakkerud followed Foust into the joker on Lap 6 and returned to the primary line behind Subaru teammate Patrik Sandell after teammate Chris Atkinson spun out of third-place at the end of Lap 4. 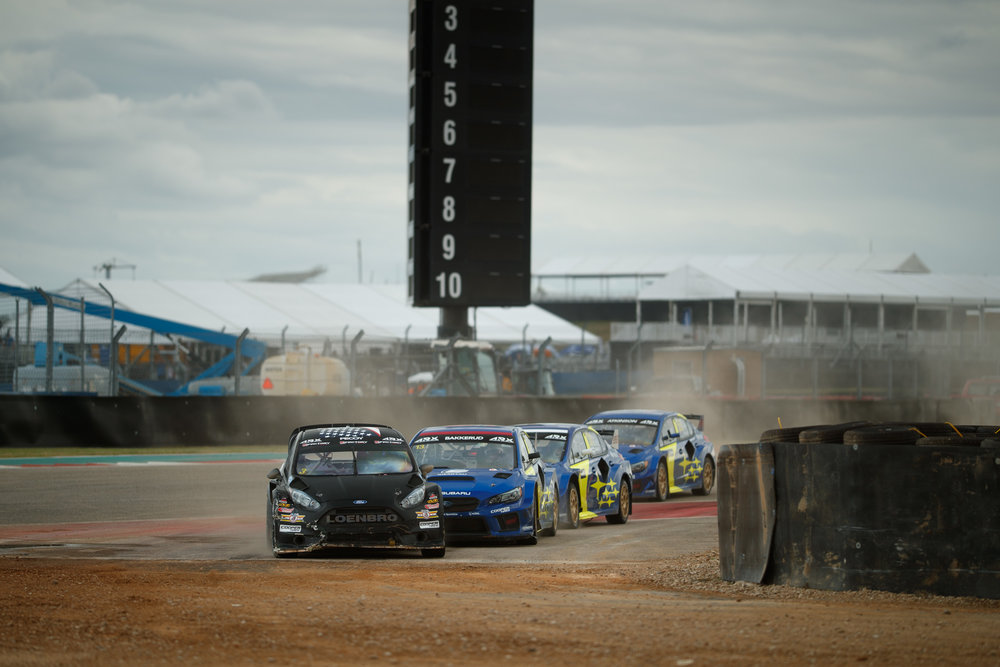 Loenbro Motorsports’ Steve Arpin started on the third row of the final after a difficult day for the Canadian. The No. 00 RDO Equipment Ford Fiesta ST of Arpin crossed the finish line fourth, but was promoted to third after Bakkerud was given a five-second penalty following the final. Loenbro’s Travis PeCoy and Subaru’s Joni Wiman put up a strong fight but failed to make the final after fourth-place finishes in their respective semi-finals.

In the drivers’ championship, Foust holds a 17-point lead over Subaru’s Sandell with Atkinson in third, two points further adrift leading into the Cooper Tires ARX of Mid-Ohio next weekend.

DirtFish Motorsports’ Fraser McConnell took his third win in a row in ARX2, the official support category to ARX, by dominating semi-final two and the final, extending his championship lead to 33 points ahead of Cole Keatts going into the final race weekend in Mid-Ohio.

In the final, McConnell took the hole shot from pole position with Dreyer & Reinbold Racing’s (DRR) Keatts running in second until his car was struck by a mechanical problem in the second dirt section, forcing an unfortunate retirement. His DRR teammate, Sage Karam, made a brilliant start in his return to ARX2 and ran door-to-door with front-row starter Conner Martell into the first corner, forcing his way through the inside into the joker. 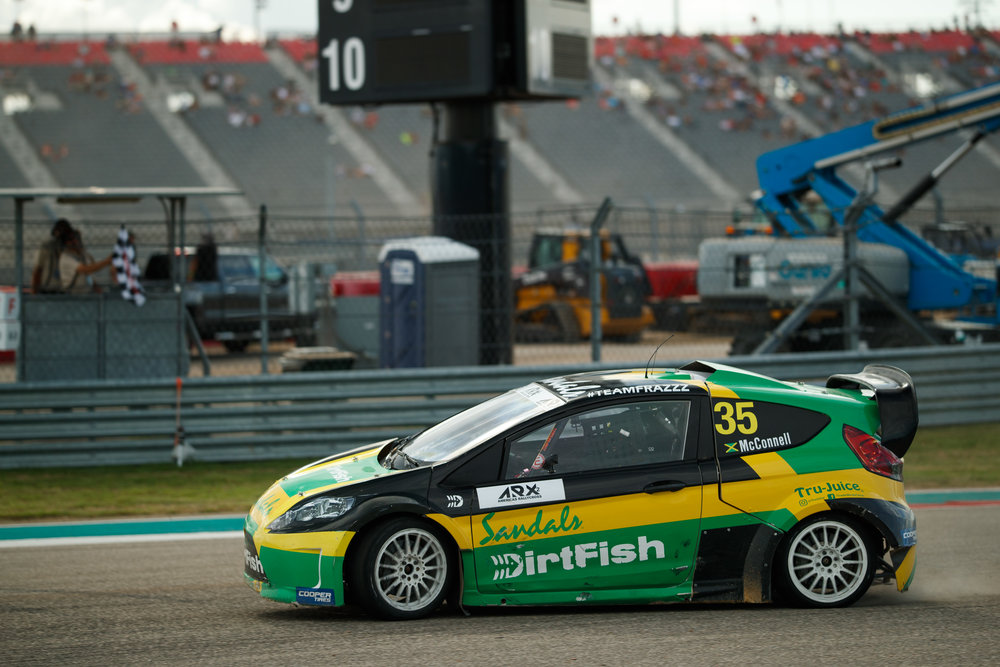 Buhl Sports’ Alex Keyes also attempted an overtake on the inside of Martell but dropped to sixth. He moved up to fifth when Keatts retired and ultimately took fourth when Gray Leadbetter had a moment on Lap 1. McConnell dominated the final as 2018 ARX2 Champion Martell pushed Karam hard for second place but ultimately had to settle for third. Keyes and Leadbetter finished fourth and fifth. DirtFish Motorsports’ rookie Brad DeBerti led the intermediate standings for a career first time, but was forced to retire from the semi-finals with a technical issue, not advancing to the final.