The RallyX Nordic competition is a real treat for rallycross fans from around the world. 10 regular competitors in the SuperCars class, 22 drivers who have started throughout the season. There is also competition in the SuperCars Lites, Crosscar and RX Academy classes. You won’t meet so many drivers in any other championships. Drivers include such stars as: Mattias Ekström, Oliver Eriksson, Robin Larsson, Ulrik Linnemann, Mats Öhman, Peter Hedström & Kevin Eriksson.

Eriksson thought he became a champion

Eriksson made contact with the tyre barrier at Turn One on the final lap after his suspension failed. Brother to the championship runner-up, Kevin Eriksson eventually took the race victory ahead of Larsson and Sebastian Eriksson in the VW Beetle. As the young Swede suffered a failure under braking that sent him spearing off into the tyre barrier in the closing moments of the 2019 championship and handed the title to his pursuer. 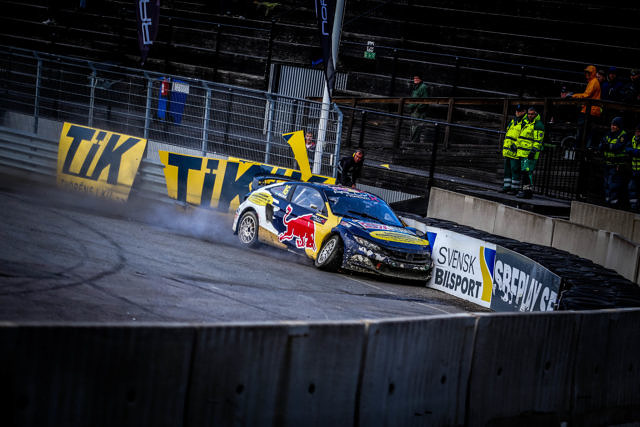 Larsson wins by one point with help of Ekstrom

Robin Larsson dominated the event’s early stages, winning all four of the qualifying rounds, but disaster struck in the semi-finals when his Audi S1 endured a slow getaway. Larsson finished fourth, leaving a place in the final just out of reach and Oliver Eriksson as the champion.

The next twist in the tale came when Larsson’s JC Raceteknik stablemate – and 2016 FIA World Rallycross Champion – Mattias Ekström dropped out of his final pole position slot with technical difficulties. Suddenly, Larsson was back in the race. A strong start in the final left the recently-crowned FIA European Rallycross Champion fourth, but he was unable to make inroads into Kevin and Sebastian Eriksson in second and third respectively.

“I don’t know where I am right now! I caught up Andreas [Carlsson] and I saw Oliver out of the race, so I really don’t know what is going on right now!” – R. Larsson 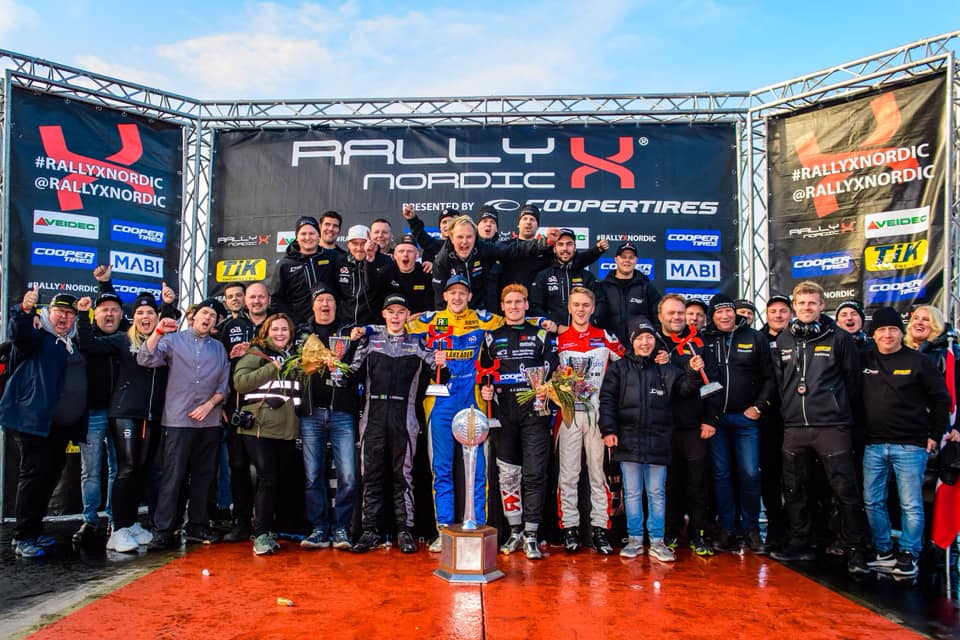 “I don’t know what happened to him [Eriksson], but I’m so happy for our success because we’ve had amazing speed all weekend and it was taken away from us in the semi-final with some issues. The start procedure didn’t work at the pre-grid for the final so I just went full throttle in first gear and it went! I did everything I could with this Audi. I never gave up!” – R. Larsson