IMG ushered in a bold new era in motorsport with the global reveal of the all-electric racecar which will compete in the electric development series, codenamed Projekt E, in 2020. The official unveiling of the Projekt E racecar, a collaboration between IMG and Austrian company STARD (Stohl Advanced Research and Development), took place at the Riga Motor Museum in Latvia. VIP guests, World RX and Euro RX teams and drivers gathered for the event to see first-hand the car which will feature in the innovative electric series. Projekt E will showcase electric-powered cars on the same event schedule as traditional World RX Supercars at selected European rounds of the championship in 2020. 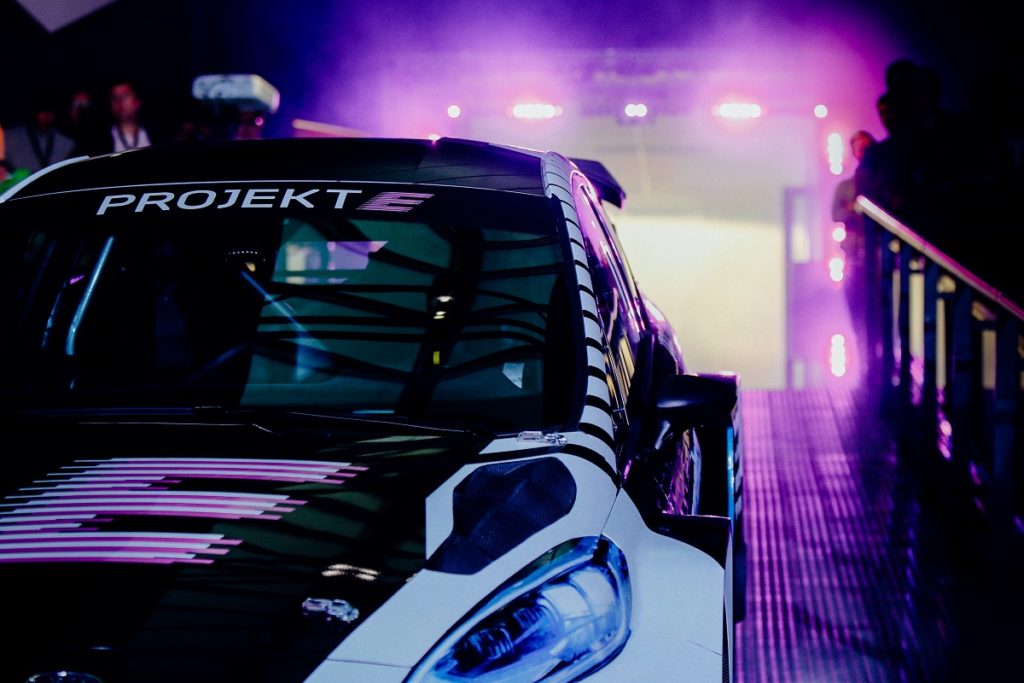 Paul Bellamy, Senior Vice President of IMG Motorsports, and STARD’s Manfred Stohl had the honours of taking the wraps off the car.

“Today we reached a tipping point in the future of production-based motorsport with the unveiling of the racecar which will feature in the electric support series in 2020, codenamed Projekt E. Electrification in the automotive industry is moving at a rapid pace and we are extremely proud to be first movers in the electric motorsport space for production vehicles. The car we revealed today is the result of months of collaboration with our technical partner, STARD. That work has centred on developing electric technologies, charging and safety systems for the Projekt E racecars. This collaboration is further proof of IMG’s commitment to future mobility and relevant technologies in the rugged rallycross environment.” 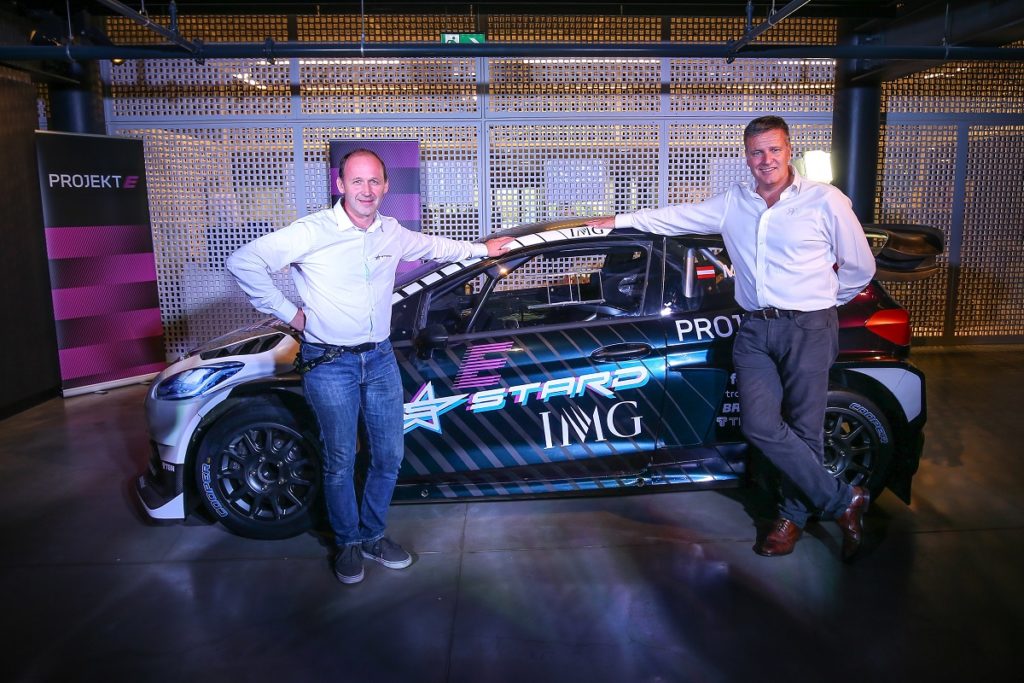 The car looks striking on the outside, but under the skin is what really matters. Rallycross is known for rapid launches and fast-paced, wheel-to-wheel action. The advanced technology which powers the Projekt E racecar will produce torque levels we have never seen in rallycross before. It’s an exciting time for the sport of rallycross. Our aim with the new-look race weekend format for 2020, with the inclusion, is to allow rallycross fans to enjoy the traditional internal combustion engines – and be given a flavour of the future at the same time.”

Projekt E will use STARD’s “REVelution” EV powertrain systems which will produce up to 450kW (613bhp) combined power, 1100Nm of instantaneous torque and produce a top speed of 240km/h. The plan is to use current chassis technology such as the 2019 STARD World RX Ford Fiesta. The concept allows for the conversion of current cars or new builds to current chassis regulations using the REVelution drivetrain. And, in a first for motorsport, Projekt-E will enable the use of road car electric motors in racecars. 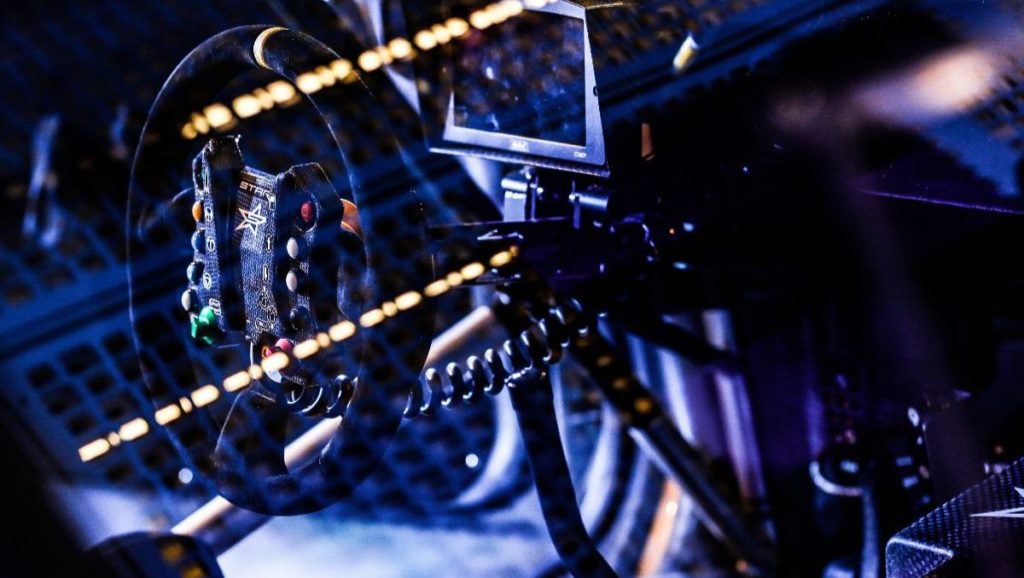 “We are delighted to be partnering with IMG on this innovative project which will change the technical landscape in motorsport and rallycross in particular. There is a lot of activity in hybrid and electric racing at present but what sets Projekt E apart is the fact that the Projekt E race car can utilise road car electric motors. The performance of the racecar will be impressive when you consider that in terms of torque, the power unit is capable of 0-90% in about 32 milliseconds. The motors rotate at up to 14,000rpm. Projekt E will add a whole new, innovative dimension to rallycross in 2020.” – M. Stohl

The aim of Projekt E is to evaluate electric racecars in a World RX environment in accordance with the roadmap for electrification of the FIA World Rallycross Championship which was has been ratified by the FIA World Motorsport Council.

Press release sent by IMG and STARD are very optimistic. However, it’s hard to say how these solutions will work in the future. Little is known now about the safety, behavior of such cars and the spectacle of such sport. Manufacture of batteries and electric cars is no more BIO than the production of traditional SuperCars. This is definitely not a real REVolution yet. These cars only took a few laps on the track. This is only the early phase of the prototype and not a finished car!