Timmy Hansen rounded out an imperious weekend in Barcelona with victory in the final of the Cooper Tires World RX of Catalunya, round two of the FIA World Rallycross Championship presented by Monster Energy. The Swedish driver rebounded from an event-ending qualifying crash in the season-opener in Abu Dhabi three weeks’ ago to top both days of qualifying, winning his semi-final and then stamping his authority on the final. He kept a perfect score to emerge with a clean sweep of wins. It was also his first World RX victory since taking the honours at the Canadian round in 2016.

Hansen was delighted to turn his fortunes around after the disappointment of Abu Dhabi.

“We had to work incredibly hard and put all our resources in to re-building my car from Abu Dhabi. The mechanics worked day and night and got the car here in good condition. Honestly, I just wanted a good, clean weekend but I started with a win in Q1 and Q2 and won all four qualifying races. I think it’s only the fourth time that’s been done and only the third time anybody has the perfect weekend so I’m really happy to be in the history books. I really worked hard on my starts this weekend. You have to be super focussed to get a good launch with a rallycross car but we did it all the way through. And I’m really looking forward to building on this result.” – Timmy Hansen

Timmy’s younger brother Kevin finished second in the final after holding off a hard-charging Andreas Bakkerud in the Monster Energy RX Cartel Audi S1. The Norwegian opted for a last-lap joker lap but still emerged behind Kevin at the run to the flag. 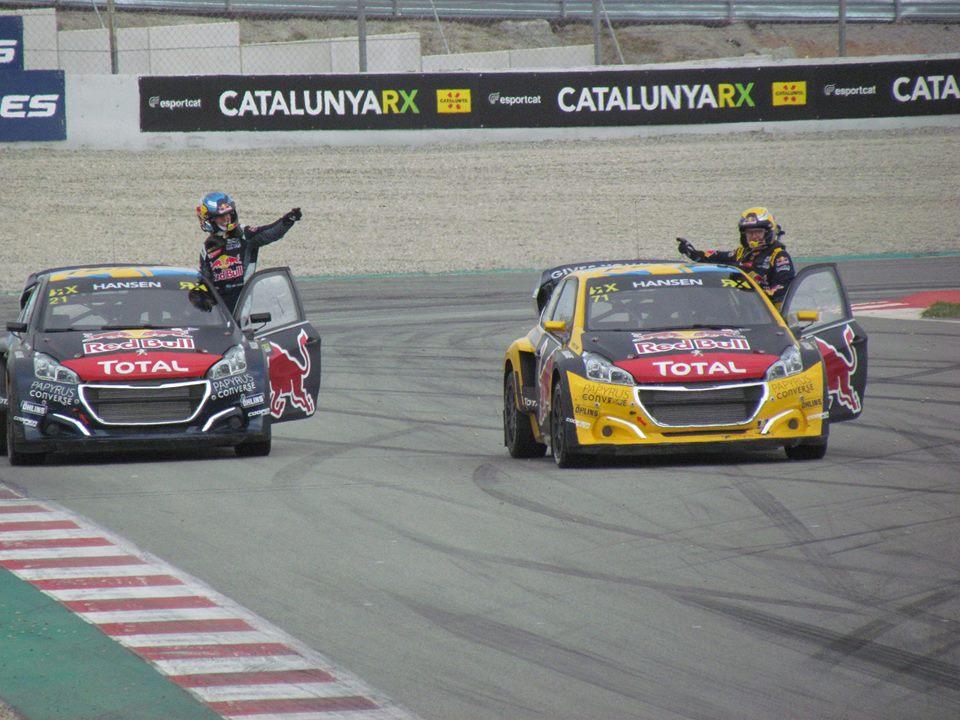 The siblings, in a pair of Team Hansen MJP Peugeot 208s, had laid down a marker with back-to-back one-twos in Q1 and Q2 – Timmy pulling rank over Kevin. Second place in Spain enabled Kevin to retain his overall leadership of the championship after he was promoted from second to first place in the UAE following a penalty for Niclas Gronholm.

“I am really pleased with this result. To get second place is very satisfying. I tried my best against Timmy but he was just too fast in the final. I don’t think about the championship too much. It’s nice to be leading and to know that I’ve been competitive so far. I am really enjoying the car and the whole feeling at the moment and I hope to keep this momentum going and keep a smile on my face.” – Kevin Hansen

Bakkerud didn’t catch up with Peugeot 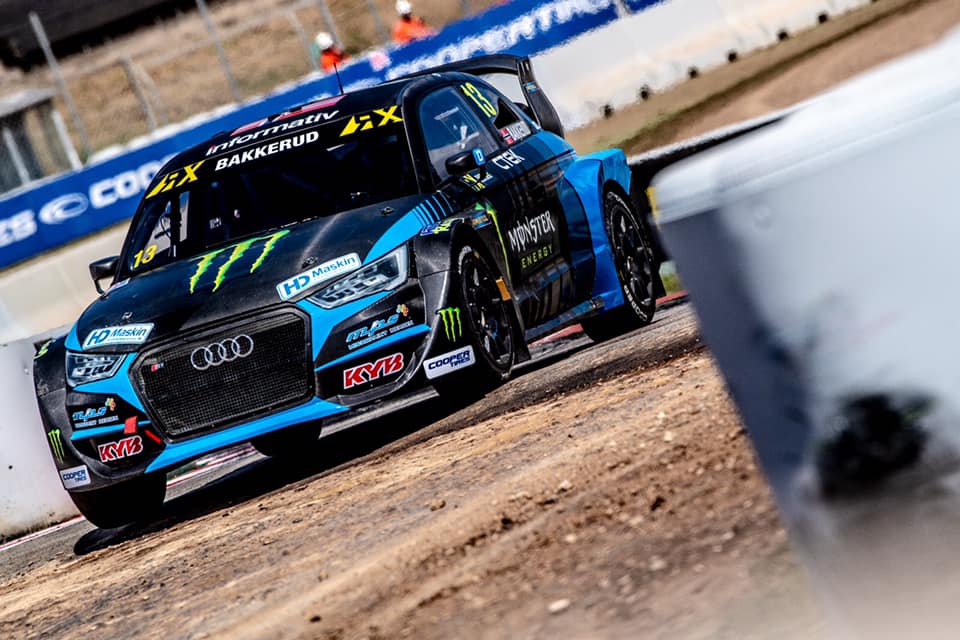 Bakkerud, who was disqualified after being at fault for the crash with Timmy Hansen in Abu Dhabi, was relieved to be on the podium.

“It’s been hard to play catch-up. We are still struggling from the crash in Abu Dhabi,” he said. “We are still working on the car step-by-step but we are getting there. Three times in a row I have been on the podium in Barcelona so obviously I Iike it here. But I have to say the Hansens have been the dominant team this weekend – especially Timmy, he has been superb, so congrats to him.” – Andreas Bakkerud 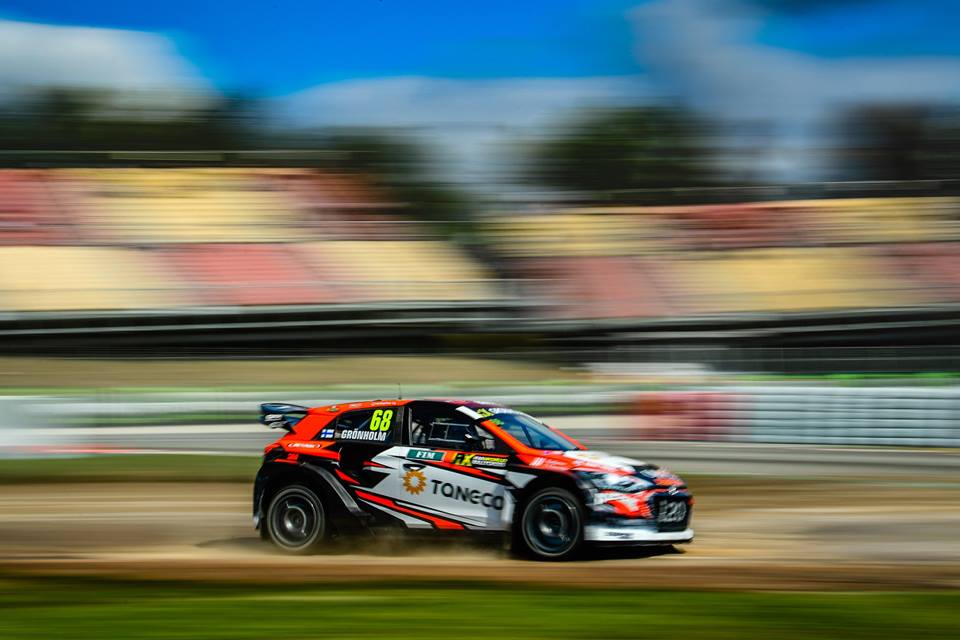 Gronholm finished fourth in the final to maintain his second place in the championship on 48 points, eight points behind Kevin and 10 ahead of Timmy. Cyril Raymond was impressive all weekend in the GCK Academy Renault Clio and his fifth place in his first World RX final, was just reward. The Frenchmen finished ahead of the Team STARD Ford Fiesta driver Janis Baumanis. The GC Kompetition squad had an improved performance from Abu Dhabi by getting Guillaume De Ridder and Guerlain Chicherit to the semi-finals along with Raymond.

Liam Doran, third place last time out in Abu Dhabi, had a mixed weekend in his Monster Energy RX Cartel Audi S1 but made it to the semi-final as did Timur Timerzyanov in the GRX Taneco Hyundai i20.Hungary’s Krisztian Szabo had a last-corner spin in the EKS Sport Audi in the second semi-final but scored 10 points in another solid weekend for the World RX newcomer. ALL-INKL.COM Muennich Motorsport’s Timo Scheider had a troublesome semi-final in the Seat Ibiza in finishing fifth ahead of Szabo.

The championship now moves to Spa-Francorchamps in Belgium for the World RX of Benelux on May 11-12.