Do you think this is a joke for April Fools’ Day? Nothing could be more wrong! Lamborghini at the conference at the season finale of Super Trofeo presented new photos of the racing version of the “fastest SUV in the world,” Urus ST-X. The as-yet unnamed Lamborghini Urus race series inspired by Rallycross promises to be all kinds of awesome when it arrives in Europe and the Middle East in 2020.

What you’re looking at here is the Urus ST-X concept; a racing version of the controversial super-SUV designed to be easily built from a standard Urus base. Lamborghini calls it “mechanically optimised” and equipped with the necessary FIA-spec safety gear like a roll cage and fire extinguisher. 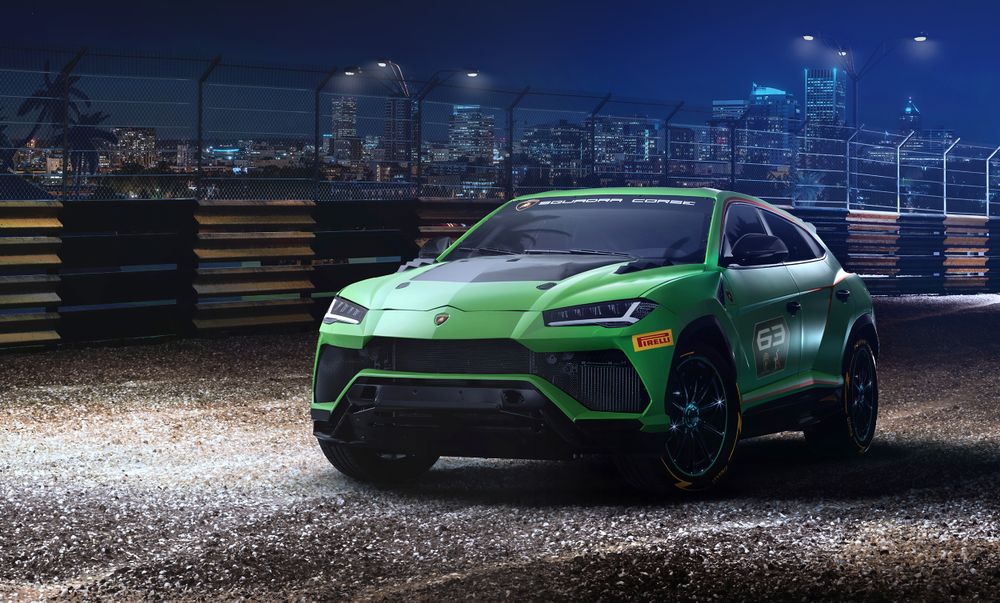 The 641bhp twin-turbo V8 with 850 Nm is unchanged except for more potent cooling thanks to larger air intakes. However, the cooling system will change by placing an additional inlet on the hood, as well as the exhaust system, which will end with hexagon-shaped tips. For comparison, the standard Urus thanks to this unit accelerates in 3.6s to a 100 km/h and reaches a maximum speed of 305km/h.

There’s a big rear wing, torsional stiffening, a higher ride height and – impressively – a 25 per cent weight cut versus the luxuriously-appointed road car. Translating this into numbers, the slimming treatment is to reduce its weight by about 550 kg, bringing the weight to a level of 1650 kg. Which with Urus parameters should significantly translate into performance and handling. Because despite such extensive changes in relation to the road vehicle, “the first super SUV in the world of racing” will not get a modified power unit. The body is covered with green Verde Mantis varnish, characteristic of Lamborghini Squadra Corse.
It wears Pirelli tyres over race-spec 21-inch alloy wheels that feature a single nut at the centre of each, for easy mounting and unmounting. 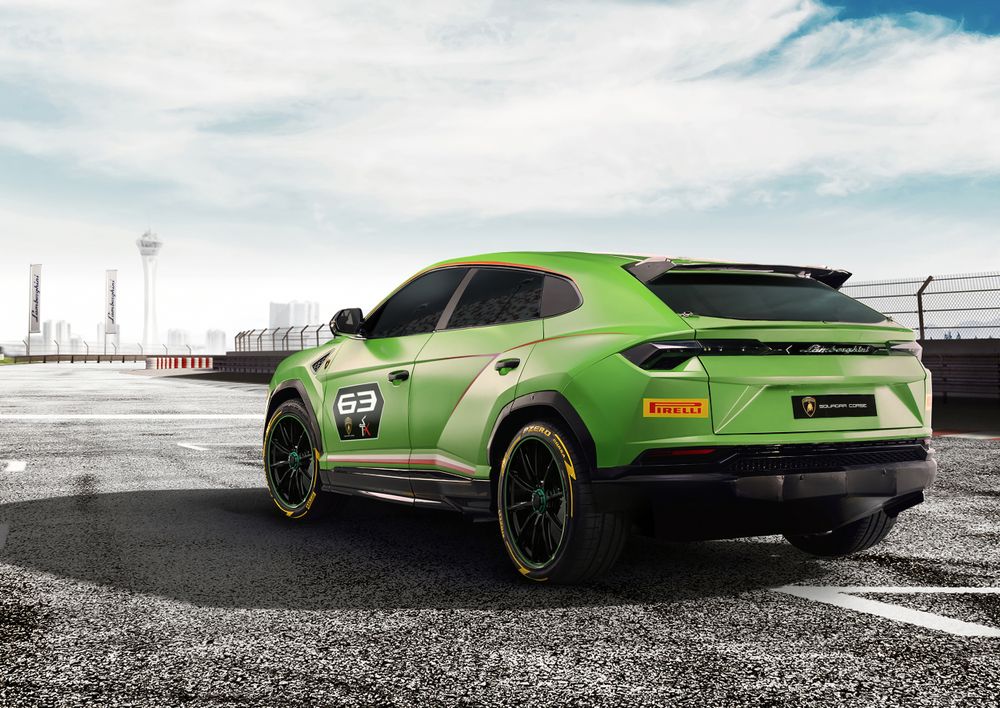 The world of motorsport has probably never received something similar, and recently new ideas for racing are quite successful. Although the Lamborghini Urus SX-T is not an electric or hybrid car, with the current popularity of SUVs, this series can make a sensation. Let’s wait for the reaction of other manufacturers and maybe we’ll get a new global series, where the manufacturer will start displaying their vehicles.
It isn’t yet known if and when Urus St-X will go on the road. The first race with the participation of Lamborghini Urus ST-X was to take place during the Super Trofeo finals in 2020 in Misano Adriatico. 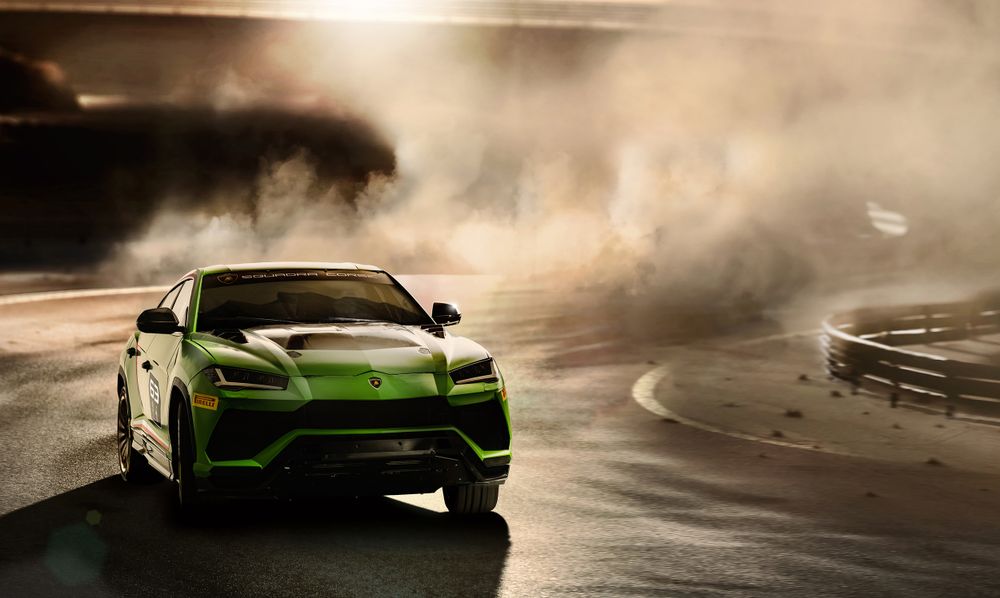 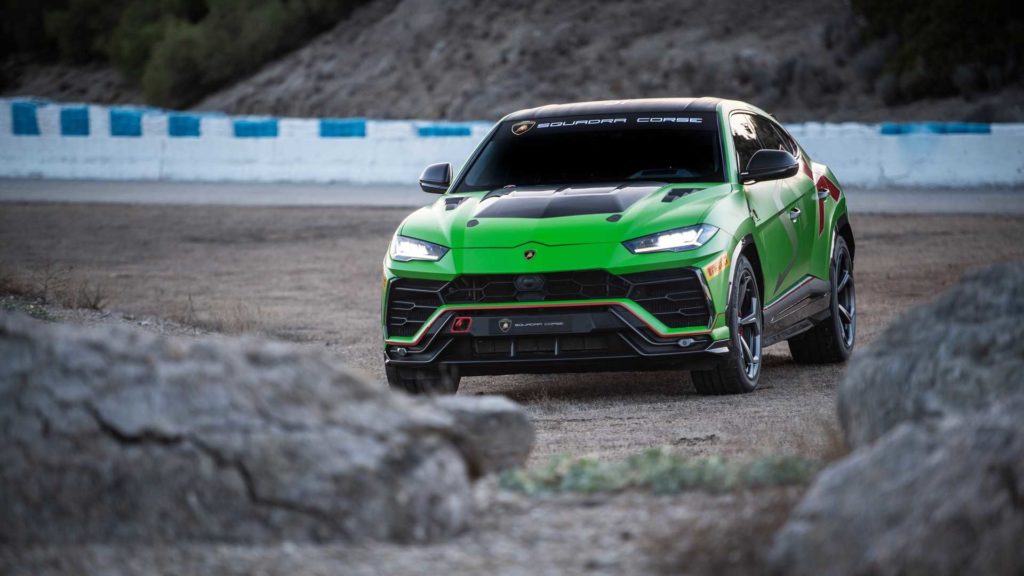