Half of the 2018 season of the FIA World Rallycross Championship is behind us. Today the 6th round of World RX has ended at the most famous rallycross circuit in the world – Höljes RX. Surprises were not lacking, although the final winner was predictable. 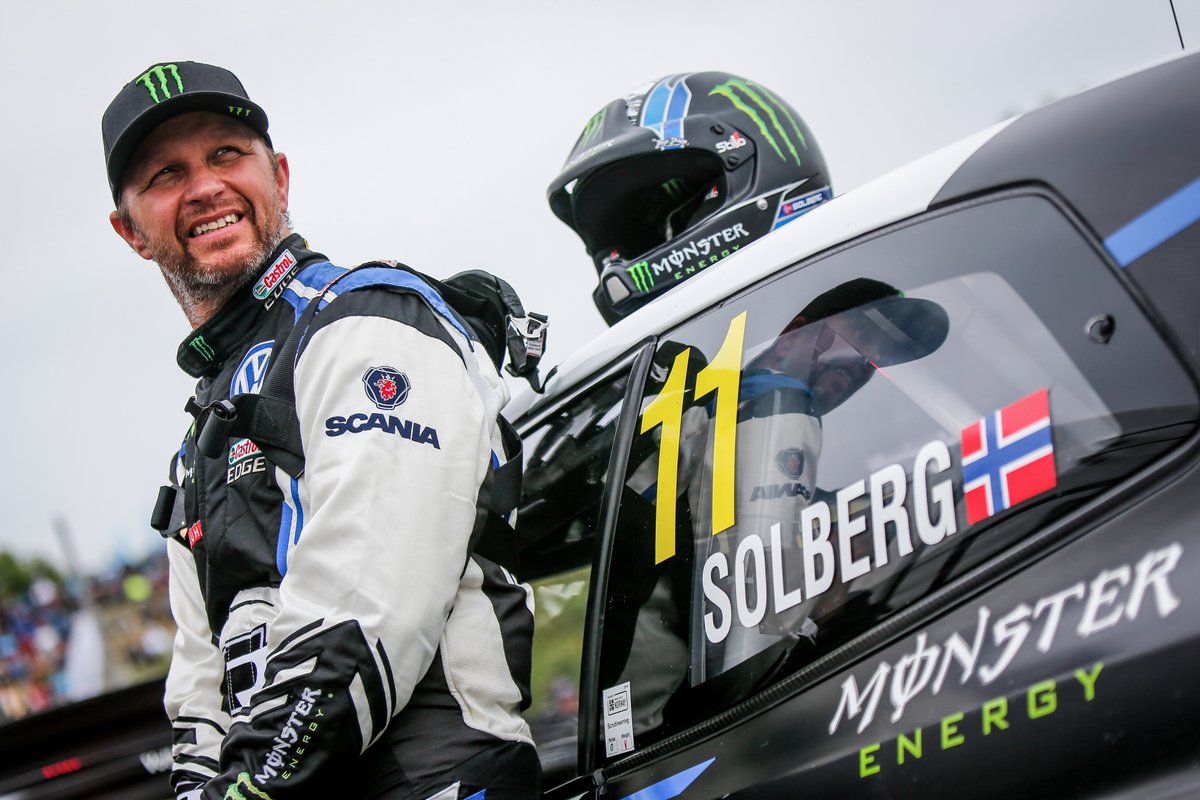 Drivers had the opportunity to check the cars during the training on Friday. Volkswagen Polo proved to be the best, the next were the Audi S1 and the next trophies achieved by the Peugeot 208. This is how the times obtained by the drivers present.

During the training, we could notice positive changes in setting up and adapting Renault Megane RS from the GC Kompetition team. To the top, they are still missing a bit.

After Friday preparations, Saturday came – full of rivalry and adrenaline. Drivers were divided into four separate races in Q1. This is line-up from Q1: 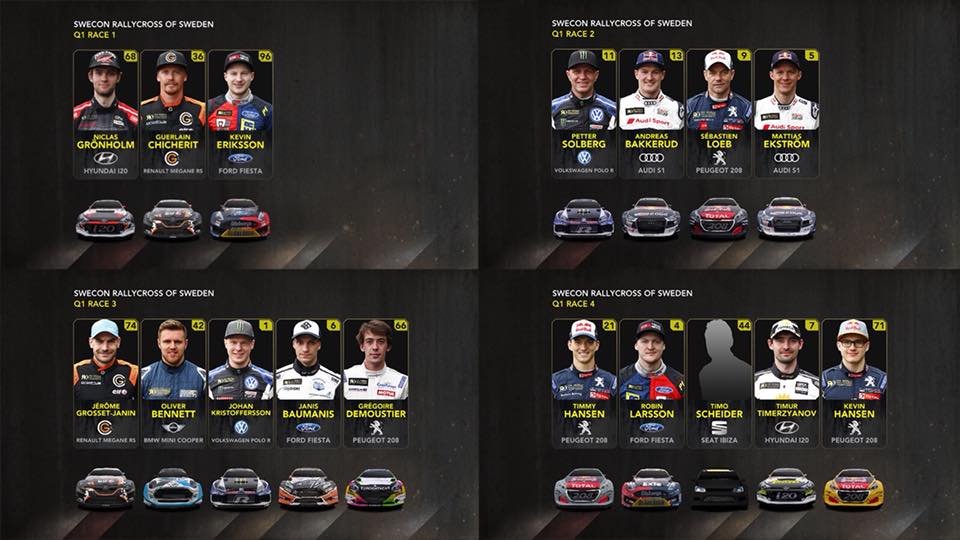 Johan Kristoffersson set a record for the world rallycross championships, winning the qualifying session for the seventh consecutive time. In the first race, Kevin Eriksson left behind Guerlain Chicherit (+1.396) and Niclas Grönholm (+3,266). In the second Andreas Bakkerud passed the 0.248 seconds before his EKS colleague Mattias Ekström. Sébastien Loeb (+0.706) and Petter Solberg (+1.454) finished behind Audi. Race 3 was the fastest. Johan Kristoffersson escaped Jānis Baumanis for 4,020 seconds. Next places were taken by Jérôme Grosset-Janin (+5,458) and Oliver Bennett (+10,543). Timmy Hansen triumphed in race 4. Timur Timerzyanov lost to Swede 1,822 seconds ahead of Robin Larsson (+3,424).

After a short break, it was time for Q2. The starting lines of individual races have been shuffled like a deck of cards. Johan Kristoffersson picked up eight successive wins in World RX qualifying sessions. Niclas Grönholm won the first race in Q2. Oliver Bennet was slower by more than 4.5 seconds. In the second race we watched two Renault Megane RS drivers. Jérôme Grosset-Janin, who defeated Kevin Eriksson and Guerlain Chicherit, managed the best. Race 3 was won by Petter Solberg passing the finish line 3,637 s before Timur Timerzyanov. In the last race the best drivers competed with each other. Johan Kristoffersson was the best. He defeated Timmy Hansen, Andreas Bakkerud, Matias Ekström and Sébastien Loeb. 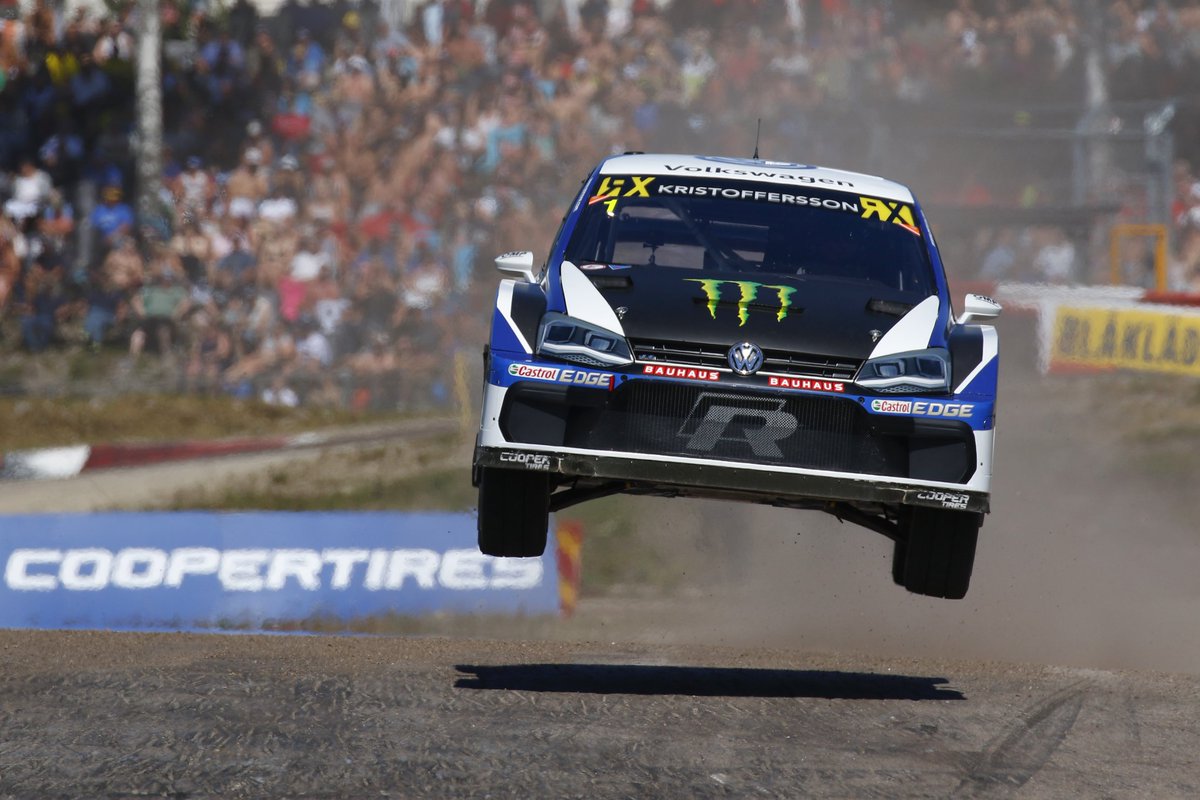 Petter Solberg won the third qualification in Höljes and was promoted to second place in total results. Guerlain Chicherit won with Timo Scheider and Grégoire Demoustier in 1st race. In the second race, Robin Larsson showed up on the great side! Kevin Eriksson and Niclas Grönholm lost to him less than a second, the competition was extremely even. In the third race, Sébastien Loeb was punished for hitting the back of the Ford Fiesta, led by Timur Timerzyanov. Despite this, the Russian finished his race in the first place. Next at the finishing line was Jānisem Baumanis. Jérôme Grosset-Janin scored the worse, only fourth. The most was in race 4. The winner was Petter Solberg, not much worse was Timmy Hansen, who scored the best time of a single lap. Kristoffersson eventually won the 3rd place.

Finally, it was time for the last qualifying series – Q4. Sébastien Loeb won the race 1 with Grégoire Demoustier. Niclas Grönholm won in the second race, he was promoted to P11. Guerlain Chicherit had a car crash. Timur Timerzyanov dominated the third race by defeating two Kevins – Hansen and Eriksson. In the fourth race his great class was confirmed by Johan Kristoffersson, who defeated Petter Solberg and Timmy Hansen. It’s hard to find strong rivals for Volkswagen Polo R! 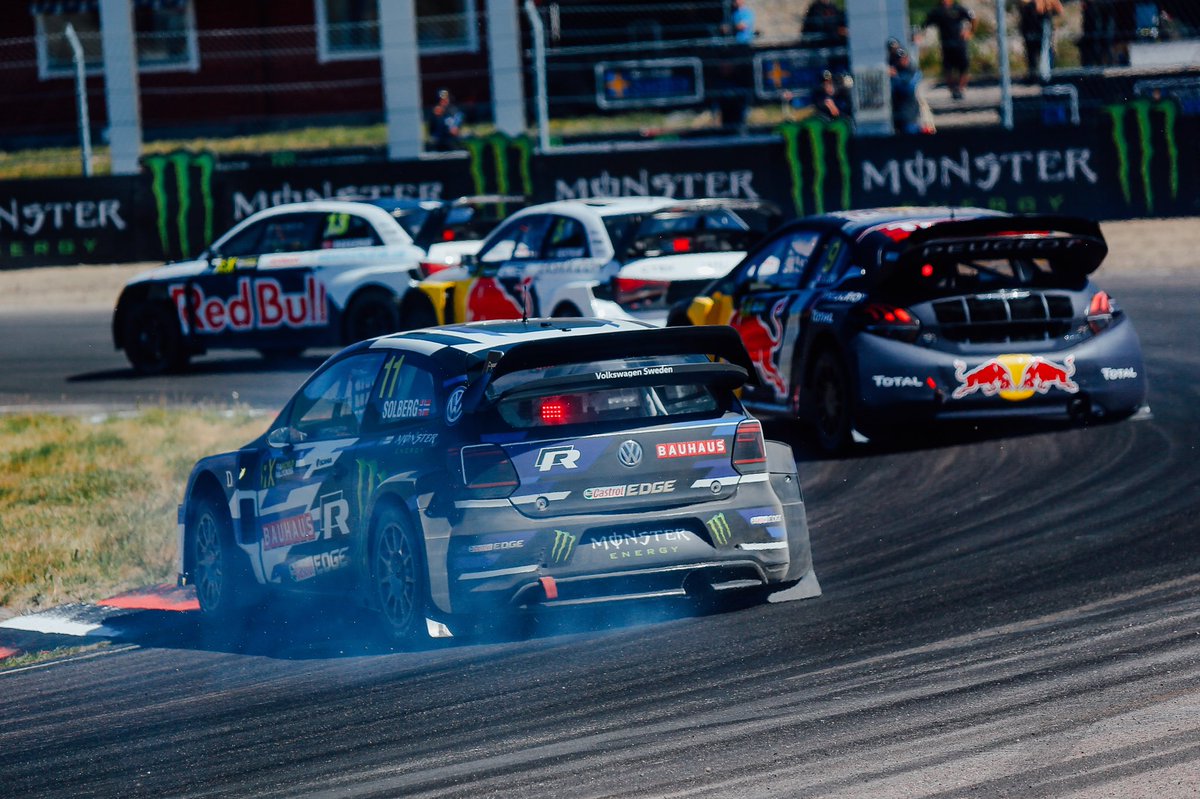 Incredible excitement in the WorldRX semi-finals! In the first one, Johan Kristoffersson managed to cold win as ice with hot emotions like sun. Timmy Hansen went through Joker Lap leaving it just a few centimeters ahead of Mattias Ekstrom. Petter Solberg didn’t finish the second semi-final because of car breakdown. Thus, Andreas Bekkerud was the first! Kevin Hasen was the second. Jérôme Grosset-Janin also won the start in final race at the wheel of the beautiful Renault Megane RS!

What a final! We must admit that Ekström rides extremely dangerously this season! Kristoffersson takes another victory! Andreas Bekkerud won second place with Timmy Hansen’s “under arm“, who had earlier overtaken him at the Joker Lap congress! Mattias Ekström immediately hit the side of Hansen’s car, kicking him off the track, thus securing a third place. After a short while, the contestants were on the podium and received prizes. The judges, however, showed a protest about the clash between Mattias and Hansen. After a dozen minutes an official announcement appeared.

Mattias Ekström was downgraded to 6th place for ‘unsportsmanlike behavior’ in the final (collision with Timmy Hansen)! Finally, the hand of justice reached him. As a result, Renault Megane RS scores the first podium this season! Jérôme Grosset-Janin jumps into third place! Congratulations to GCK team!

Another round, another victory for Johan Kristoffersson. This is only half the season behind us but everything indicates that he will defend the title this year!